What if VMware and VMs Never Existed? 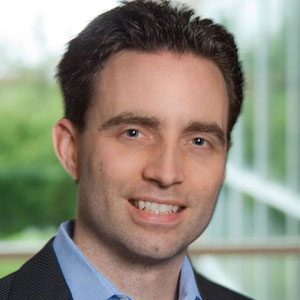 VMware’s hypervisor was an innovation born at a California startup that would go on to spawn a billion-dollar industry. The cleverness of virtual workloads came out of steady technological advancements over several decades, but VMware took the concept to the masses with their 2001 virtualization of x86 systems. And that concept was industry-changing: Create a hardware abstraction layer to abstract the server instance from the physical hardware to open up new ways of architecting servers and the data center itself.

What if that development trajectory hadn’t come to fruition? Where would we be today? That billion-dollar industry happened because it had to happen. The first iteration of data center infrastructure was reaching its peak, as computers became common tools and mobile devices emerged. Once every worker started to have a PC of his own, IT leaders had to keep up on the back end with better, faster services. Next came mobile phones, laptops for travel, and then tablets. The data explosion came along thereafter, with photos, video files, emails, and other unstructured data eating up storage space in the data center.

Virtualization gave server administrators a breather. No need to buy a hundred more servers, or stuff the data center past its limit; virtualization made it possible to work with what you had to get more capacity. It offered new insights into IT’s future where admins could view resources and eventually move them within and among servers. The concept of virtualization transformed the data center. Admins could stop over-provisioning systems for peak performance requirements, and therefore stop wasting CPU and memory resources. They could stop installing yet another physical server because they could not run multiple applications on a Windows server successfully. Without virtualization, IT leaders only had more of the same to work with.

And what kind of alternate reality is a world without virtualization? More managed services providers, possibly, building and maintaining more server farms in rural areas. Maybe developers would have put their ideas into management or measurement tools to track servers and workloads. Storage and servers could have developed differently, with concepts like blade servers gaining more market share, or storage efficiency and disk advancements leading the market. Data centers may have just gotten larger. Mainframe and Unix fans would likely still be riding high, since those systems, around since the 1950s, still process I/O very quickly and can handle many simultaneous workloads on a single platform. Of course, agility and space savings aren’t a part of that solution.

A world without VMware also means that management tools would have developed differently. The vCenter management console and others provide the kind of data center insight that’s incredibly necessary for modern IT. It’s a big part of VMware’s success, a corollary to the huge value that virtualizing workloads brought. Being able to see what’s happening with data center workloads can save tremendous time along with server space.

The question is whether legacy IT without virtualization would be more or less patched-together and anxiety-producing than it is today. Without virtualization, there would be a legion of IT managers and admins trapped in legacy IT, with no way out. With it, there’s a much better way to store and manage workloads, but the limitations of old hardware and kludgy backup processes still remain for many IT departments. Without virtualization, integrated computing platforms wouldn’t have come to fruition, either. The hypervisor breakthrough was the first in a line of IT innovations that have led to big efficiency gains and increased IT flexibility—and both of those benefits just keep getting more important for businesses.

Our current reality is a virtual one, but the physical pieces that anchor virtual workloads can be a burden. What server virtualization didn’t do was abstract storage from the virtual machine. Provisioning storage is still a manual task, and it anchors the VM to physical hardware in a way that creates inefficiencies. Integrated computing platforms, like hyper convergence, are where the next wave of innovation comes in: Hyper converged technology abstracts storage policy from the infrastructure layer to bring real mobility to virtualized workloads. Virtualization was revolutionary, but it didn’t actually address the problem of siloes in IT.

Integrated computing platforms have proven to be a big step forward for IT. Based on the concept of consolidation, hyper convergence, for example, assimilates all IT below the hypervisor into a single, highly scalable solution. But without the innovation of VMware, IT would be stuck in the same old cycles of traditional IT. Hyper convergence is the next revolutionary IT development, following in the large footsteps laid by VMware. Innovation breeds innovation, as these ideas come together to make the lives of IT administrators easier and let them spend time in more productive ways.

Without virtualization, IT teams would have been increasingly hampered by storage tied to applications, and tied up in underused servers. The real promise of the hypervisor was that it opened up a new way of thinking about the relationships between hardware and software and all their related dependencies.

Now, integrated computing and hyper convergence are opening up yet another world of possibilities for IT users and developers to think about data center infrastructure in a vastly different way than they had before. The new virtual reality played with the ideas of space and resources in a brand-new, surprising way, and that innovation continues throughout IT, as the next wave of disruptive IT development continues. Once again, IT’s future is at stake. This time, IT leaders again have to figure out how to move toward agility and mobility in whatever way works for them. They’ll take advantage of disruptive industry innovations to create the modern data center they need.

Pioneering the Future Through Technology Innovation

Assessing the Threats in Cloud Security